The 4 Level Stadium Arranger could be the perfect Punch Organizer for your desk top or craft room shelf.

I know Creative Memories Advisor Ellen Evanoff from travelling around the country to attend Scrapbook Shows.  At the Tacoma show Ellen asked if we had the original Stadium Arrangers in our booth – she said “I love them for Creative Memory Punch Storage.”

I asked her if she had tried the 4 Level Stadium Arranger, she had not.  I gave her one to test in her booth and she was back a few moments later saying “those are perfect, I’ll need 3 more.”

A little later in the show, I went over to her booth to see how she was using the 4 Level Stadium Arranger.  They were loaded with Creative Memories punches.

After the show Ellen brought a punch over and gave it to me so I could share pictures of it with you.  This large punch fits nicely into the Stadium Arranger with enough space that you could easily stagger punches and overlap the guides on the sides. 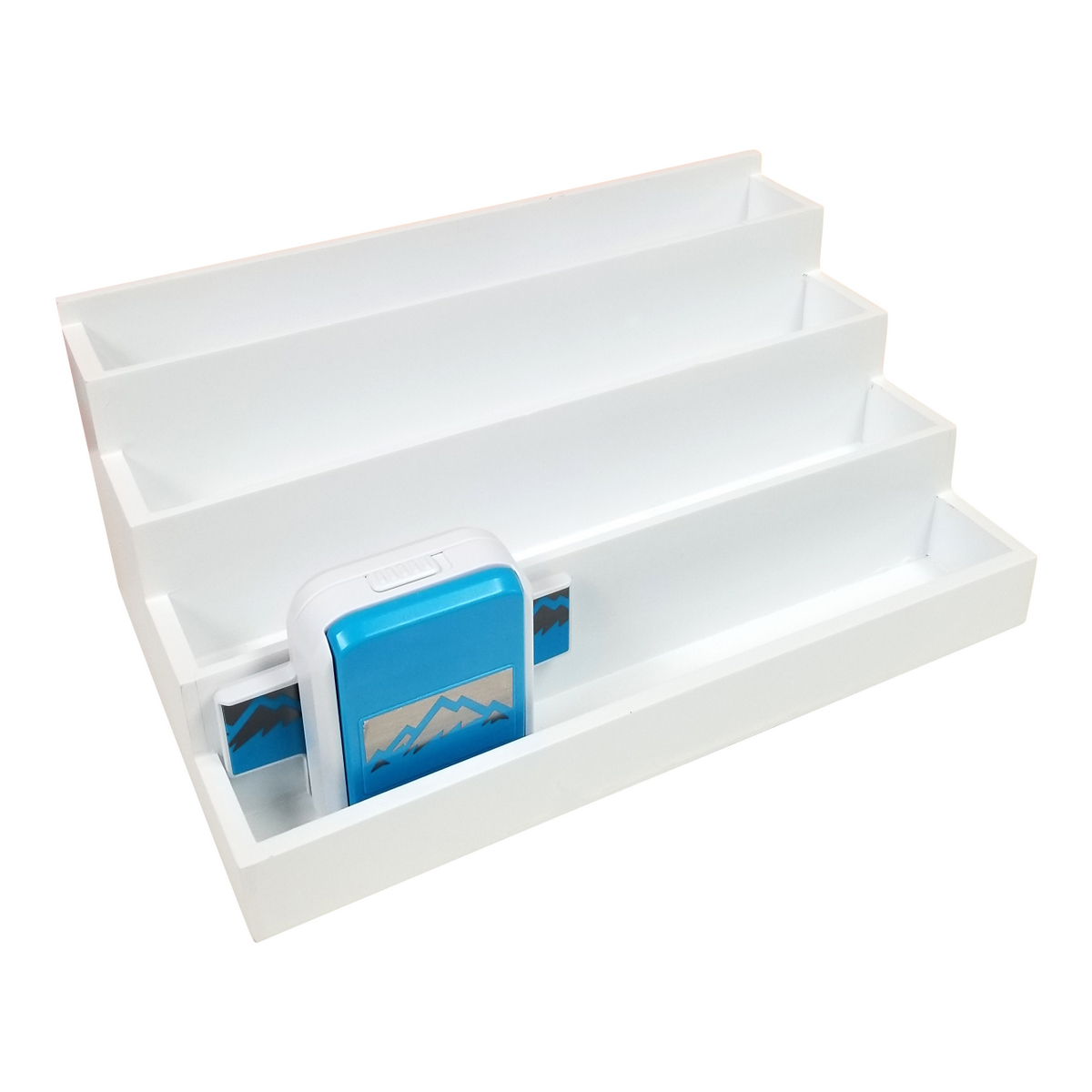 The 4 Level Stadium Arranger is a great option for other large punches as well. 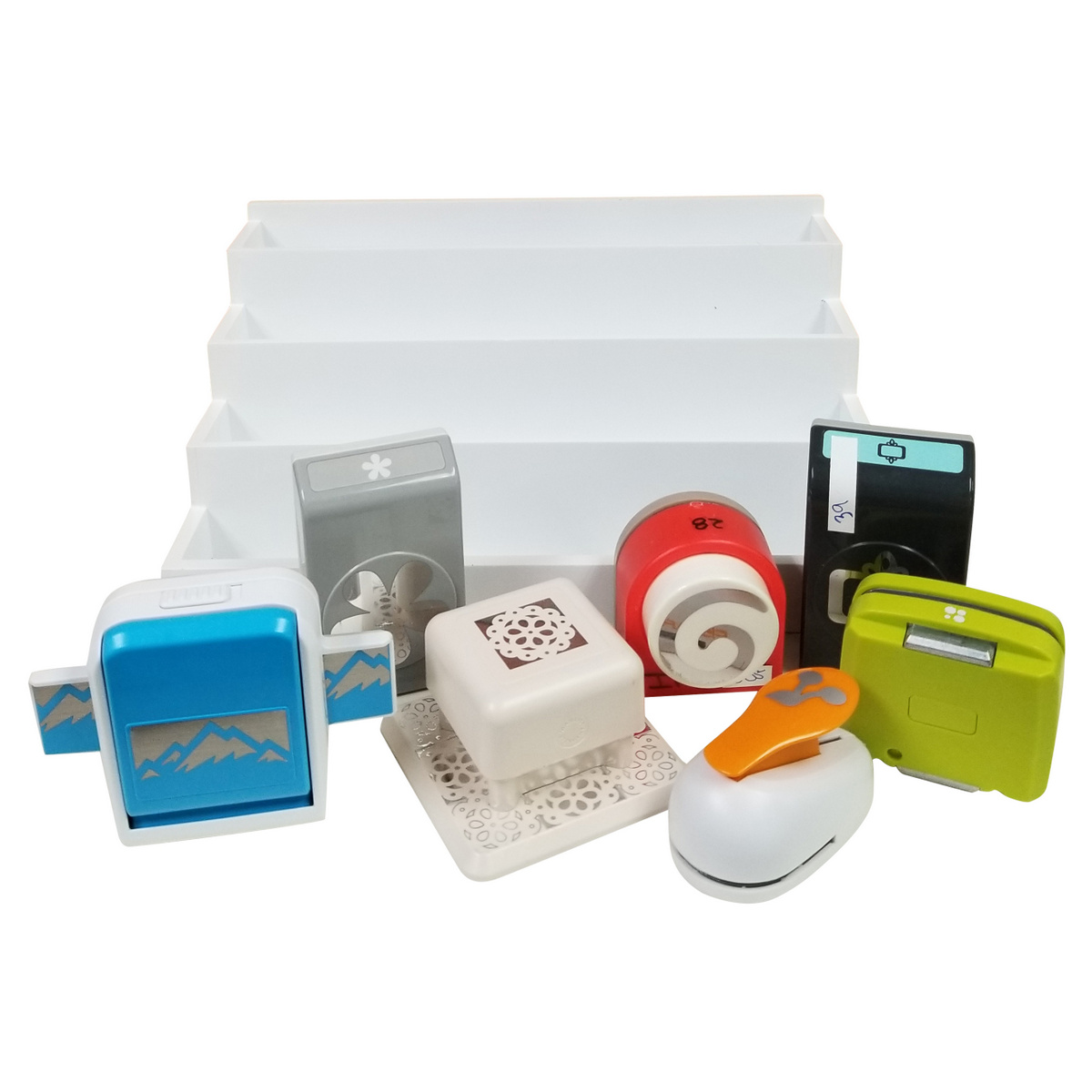 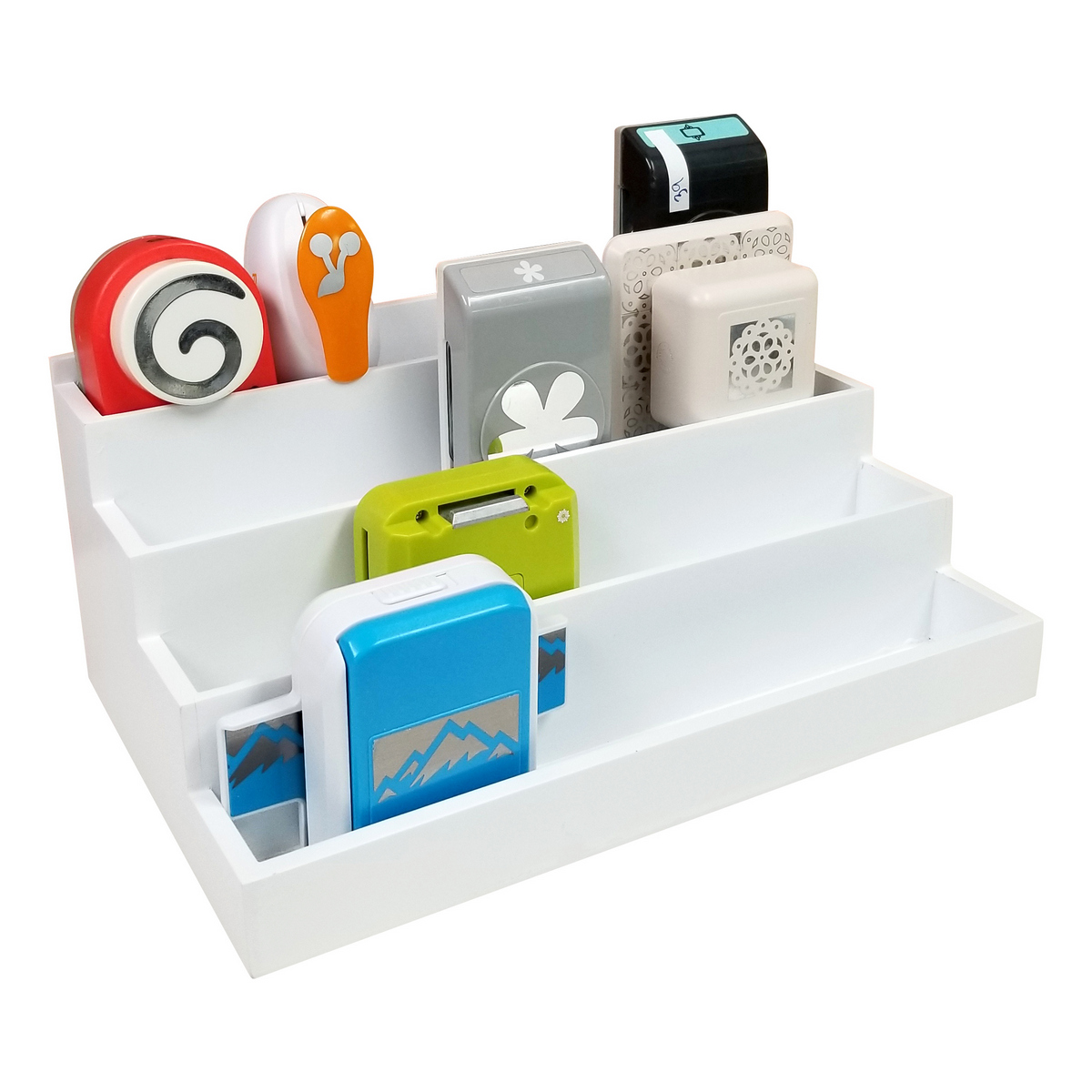 For more ideas on organizing and storing your punches – visit our “We’ve got an Organizer for THAT!” page – and scroll down to find the punch section.

Thanks for stopping by today.

← Sizzix Storage Solution
Holiday Wishes from all of us! →

This site uses Akismet to reduce spam. Learn how your comment data is processed.